Five years ago, the London-based family spotted a gap in the market for ice lollies which offered more in the way of quality. Co-founder Karis says:

There was nothing on the market that was healthy, and we came up with a concept where the ingredients are organic, use whole fruit, and avoid all of the major allergens.

Producing over a million lollies a year, the next stage in its development involves aligning its packaging with sustainability credentials. This year, LICKALIX has taken the bold step to move out of polypropylene (PP) film to a compostable alternative.

Once we have worked through our remaining stock of PP film, we believe we will become the first ‘frozen treat’ company to use material which is compostable, and carries the ‘Plastic Free’ consumer trust mark, to wrap its products, says Karis.

When LICKALIX opted to purchase a new flow-wrapper from Ilapak, they suggested that it should consider in-line TIJ coding to print its best-before dates, batch codes and other variable information.

I did my own research, and it certainly seemed the best fit for our needs, Karis recalls. I wanted everything to be uncomplicated, reliable, capable of high-speed coding with a consistently clear print.

The Integra One TIJ printer meets all of these needs, with an OLED display and rotary dial for menu selection. An encoder ensures that, as machine speeds ramp up and down, the coder keeps pace with the flow-wrapper and maintains consistent code quality.

After initial consultations in the autumn of 2018, LICKALIX purchased the horizontal wrapping machine with integrated TIJ printer in December, and by the end of January this year, the combined system was fully operational.

Rotech account manager Steve Ryan explains that the company ran comprehensive trials in the lead-in to the installation to confirm good ink adhesion on to the compostable film, in particular.

One of the aspects of the Rotech printer that I like best is that we can add additional messages to the packaging, says Karis. We can flag up this information about our compostable film, references to the particular flavour or a limited edition lolly. It takes only a matter of seconds to pull different settings from the memory. On graphics, you can achieve almost photographic quality.

LICKALIX says it has a possible coding area running the length of the wrapper and up to 2.5cm across it. “Code placement is precise to around 1mm within that area,” says Karis. “Because the text is so clear, I can keep the date code small, if I want to.”

As she explains, an efficient, reliable operation is essential with frozen products which are being packed and coded in ambient temperatures. The manufacturer needs to know that product will be out of a refrigerated environment for the minimum possible time.

With a rated maximum speed of 60m per minute, the iJet can easily keep up with the top flow-wrapping speed of 100 packs per minute on the 75g and 63g lollies. 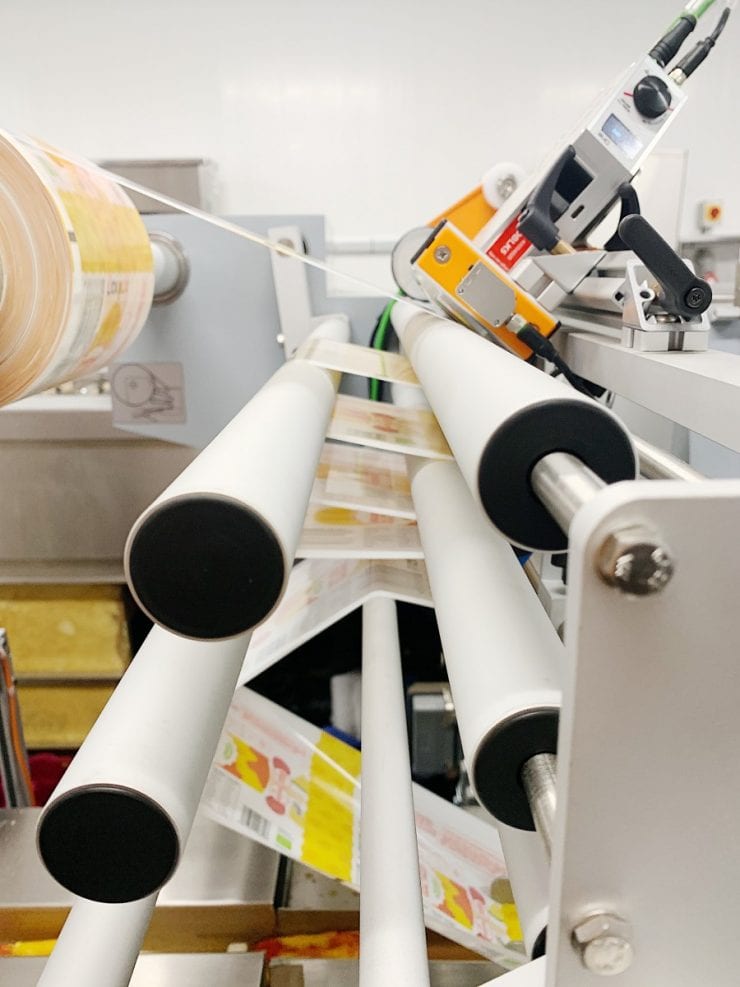 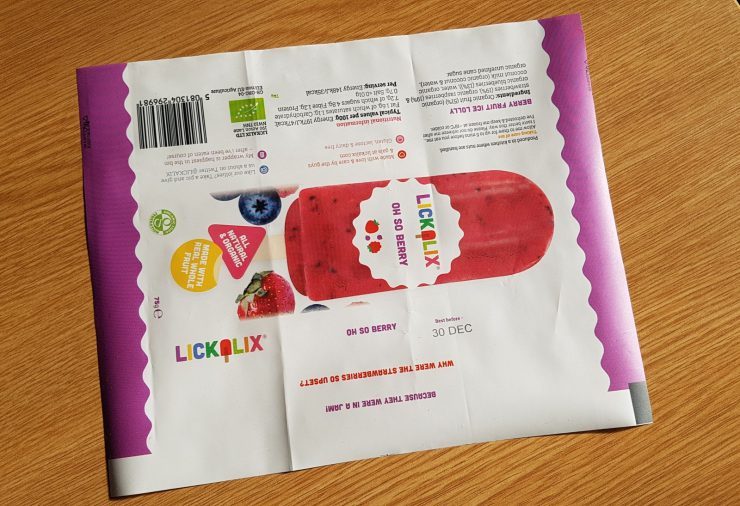 Thermal transfer and continuous inkjet (CIJ) are typically (and often wrongly) assumed to be the best options for variable on-pack data, to the detriment of TIJ – a technology which has advanced dramatically in quality and cost terms over recent years. In fact, when assessed on the basis of total cost of ownership per 1,000 codes, TIJ works out as being less than two-thirds the cost of continuous inkjet (CIJ).

Steve at Rotech adds: The real advantage with TIJ is that, as a very simple, cartridge-based system, there are no moving parts and no maintenance.

But it is not only the equipment and its performance which have confirmed to LICKALIX that it made the right choice.

The service from Rotech has been great, starting with the pre-purchase trials and the clear demonstration once the iJet was installed. We had one small problem, and they were here to sort it out the next day. I was also impressed that the owner of the company came in to visit us and our single coder on his way to a 40-machine installation somewhere else.

For now, the primary focus for LICKALIX is on making other parts of the production process more efficient. But in the future, Karis says she can envisage a time when there will be a need for an increase in its capacity – and with it, more in-line TIJ coding from Rotech.

LICKALIX sales are currently through Ocado, as well as health food chains Planet Organic, Wholefoods and As Nature Intended. At Jamie Oliver restaurants, you will find its lollies on the children’s menu. They are also sold through many cafés, leisure centres, and other independent outlets.

A RF2 feeding system fitted with thermal inkjet printer from …

Orexis Fresh Foods is a leading manufacturer of chilled, ready-to-eat …