In the last decade, designers of TIJ (thermal inkjet) printers have been working tirelessly to address the technology’s limiting factors, and latest generation TIJ machines will outperform CIJ in terms of cost of ownership and print quality in most coding applications. But despite a discernible shift to TIJ on FMCG lines, outdated perceptions are still deterring many operations from moving to cartridge-based technology.

Coding & marking specialist Rotech Machines works with all the main coding technologies, including CIJ (continuous inkjet), TIJ (thermal inkjet) and TT (thermal transfer), and will design end-to-end systems around whichever method will achieve best results for the project in hand. Here, Steve Ryan, sales director at Rotech, discusses and debunks some of the myths and misconceptions surrounding TIJ. 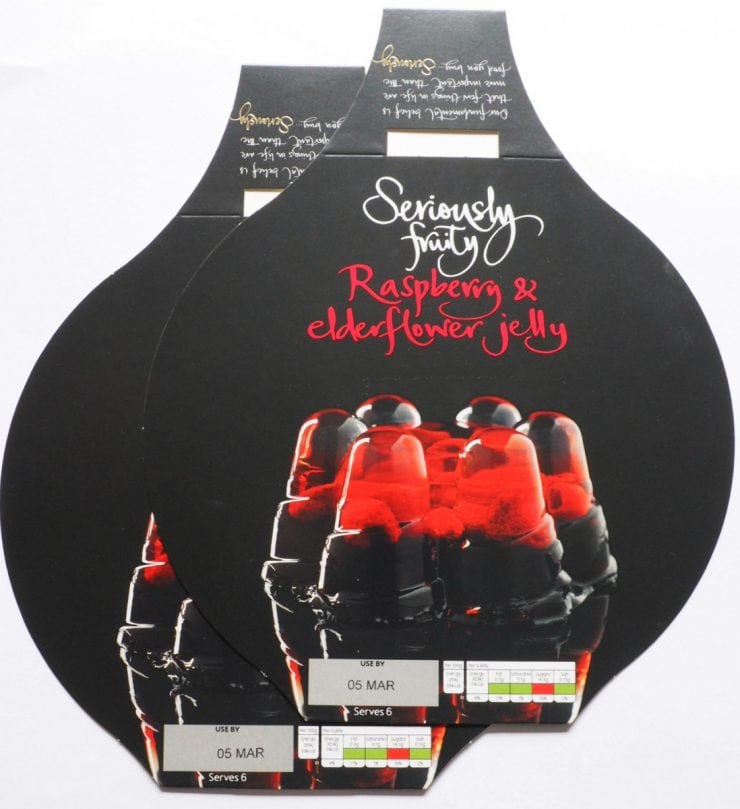 It is true that when the technology was first introduced, many users found themselves restricted to porous substrates such as kraft paperboard, non-coated paper labels and folding box board. This was because early TIJ printers were only designed to work with water-based inks; they couldn’t accommodate the fast-drying solvent inks needed to print on non-porous surfaces and therefore marking on any sort of glossy coating, whether polybag or varnished cartonboard, was out of the question as the ink rubbed right off.

CIJ printers don’t have this problem because they use inks containing MEK, which helps to bond the ink to the surface. Overcoming this issue isn’t as easy as adding MEK to TIJ ink solutions, as MEK is a volatile solvent that would melt a plastic cartridge in seconds. However, developments in print head cartridge and ink technology have opened TIJ up to a much wider array of substrate possibilities. Now there are gentler, lighter solvents that can be used in a TIJ cartridge without destroying it, enabling printing on non-porous glossy cartons, films and foils.

Early TIJ printers only had a throw distance of one or two millimetres, meaning that they could only be used to print on flat surfaces such as labels, lids and folding cartons, and even then, print quality could only be guaranteed if the printer was very close to the product at the point of application.

Today, thanks to advancements in cartridge and nozzle design, TIJ printers with a throw distance of up to 8mm are available from companies like HP and Funai. Whilst not quite as a far as the 10mm that is typical of CIJ printers, this does make installation much simpler and makes TIJ a serious contender on curved surfaces, for example canning and bottling lines.

Early TIJ systems attracted an investment cost of circa £6,000. Now with advances in technology, refined manufacturing and simplified, yet more efficient designs, Rotech are often able to present these systems for an investment value closer to £4,000, making TIJ an affordable, cost-effective solution for a variety of applications.

There are suppliers who will virtually give away a CIJ printer, knowing that it will be paid for indirectly in the form of ongoing consumable costs. Therefore, a meaningful price comparison can only really be drawn by looking at cost of ownership.  Regardless of the initial equipment cost, TIJ will cost less than CIJ over its lifetime. As a rule of thumb, TIJ will work out at two thirds of the cost of CIJ when measured in terms of cost per 1000 prints.

Admittedly, there were issues with cartridges leaking on early TIJ systems that made them messy and expensive to run, but these imperfections have been eliminated. In addition, ink usage wasn’t maximised in the past, resulting in wastage. Today’s TIJ systems feature in-built software that allows the user to optimise usage per print by ‘grey scaling’. For example, when printing a simple expiry date onto a light substrate – an application that doesn’t require true black print density – the operator can adjust the settings to achieve better usage per cartridge.

With TIJ, the only ongoing cost is the purchase of the cartridge; it is a completely maintenance- and service-free technology. Replacing the print cartridge effectively replaces the entire print engine, and this can be done within a few seconds, minimising downtime and eliminating the need for service contracts.

TIJ is also on-demand, whereas CIJ is continuous, a distinction that has a bearing on cost of ownership. CIJ printers take an average of three to five minutes to start-up and shut-down. Once up and running, CIJ printers are often left on all day (even 24 hours). This means fluids are evaporating off into the atmosphere even when no coding is taking place. And at the end of a shift, the printer can’t just be left full of ink and switched off – it has to be cleaned and purged before shutting down.

By contrast, TIJ printers can be switched on and printing commenced straight away. A TIJ cartridge is ready to print as soon as it has been wiped and loaded into the printhead, and shut-down is simply a case of removing the cartridge, replacing it in its clip and switching-off. In this way, ink is only consumed when codes are being printed.

Myth #5 TIJ printers are slower than CIJ or TT printers

Whilst the original TIJ systems would only operate at speeds of up to 30 metres per minute, today’s TIJ printers can cover over 600 metres per minute whilst maintaining print quality. This is due to advancements in a number of areas: faster processors, more cleverly written software and tighter control of the cartridge via advanced print head electronics have all conspired to bring TIJ machines up to speed.

TIJ is an open atmosphere print head design, which means it is important that the nozzles remain wet during the print cycles. Print idle time, or ‘decap time’, should be kept to a minimum to prevent the ink from drying on the nozzles and causing the printer to produce sub-standard codes when it is next started up. Fortunately, there have been considerable strides in decap time; additives can be used to increase decap time and inks have been formulated to offer decap times of up to 24 hours. This allows for intermittent industrial printing with immediate start-up. 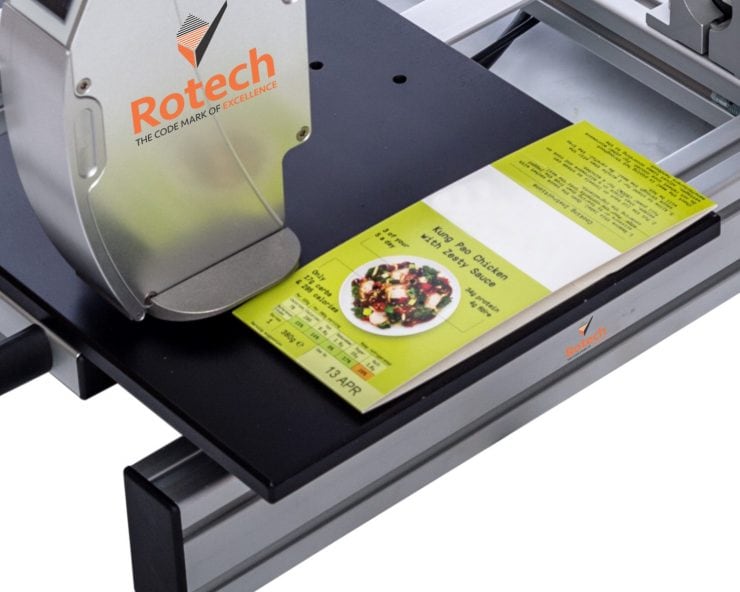 Pharmaceutical manufacturers were the ‘early adopters’ of TIJ technology, embracing its cleanliness and high coding quality advantages despite its then lofty price tag and substrate limitations. As the technology has come of age, other industries have started to consider TIJ and we now supply more TIJ machines into the food industry than the pharmaceutical industry. Even though they don’t have a requirement for printing 2D codes at 600 dpi, food manufacturers are realising that the cleanliness and low cost of ownership of TIJ make it an attractive alternative to CIJ.

The first TIJ machines weren’t particularly user friendly and didn’t have the ability to print complex graphics or perform automatic date or batch coding. This was mainly because the software installed on these machines was outdated – partly due to the reluctance of some equipment suppliers to develop and promote TIJ, out of fear that it would damage sales of CIJ consumables. This has changed, however, with smart user interfaces, format design software and automatic date and batch coding all a given.

A standard cartridge printing best before dates will perform 500,000 prints before the cartridge needs changing – changeovers are required far less frequently than many people think. When it does come to changing the cartridge, it is a simple ‘click-out, click-in’ operation that takes seconds. For lines on which every second counts, we offer a ‘non-stop printing head’ which incorporates two cartridges, and switches automatically to the second cartridge when the first one expires. We also offer a ‘bulk ink system’ that can hold 1.5 litres of ink, matching the capacity of a typical CIJ system. 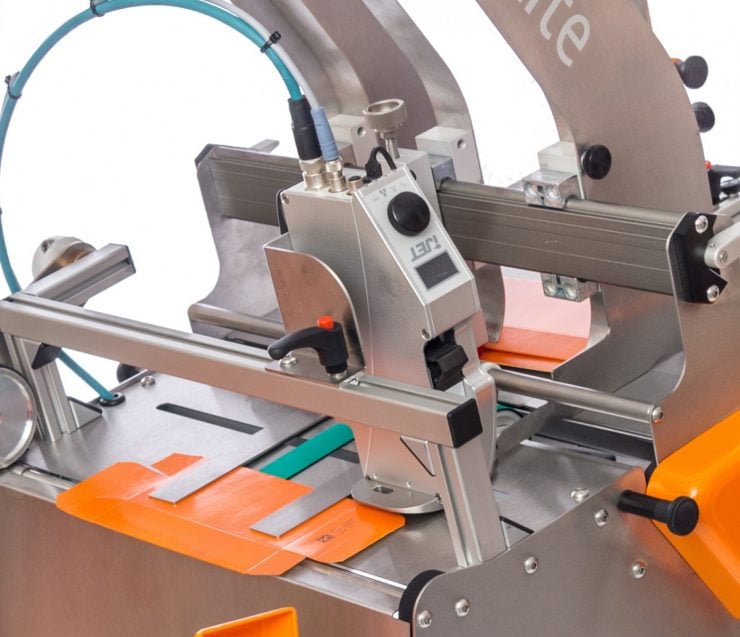 Whilst the early TIJ units took up large amounts of line space, TIJ equipment engineers have embraced developments in circuit board technology. By using efficient circuit boards that don’t occupy much space, they have been able to reduce the overall size of the printing unit.